The transcription of the Vancouver City Council minutes of 1888 was funded by The Oppenheimer Group.  Click on any headline to see the full transcript of that day’s meeting, and pictures of the original handwritten minutes.

Oppenheimer (b. 1832, Bleiskastel, Germany, d. 1897) was one of early Vancouver’s biggest landowners and businessmen. He was elected by acclamation for two of his four one-year terms. During Oppenheimer’s tenure, the city’s first water main was laid from the

First Council Meeting with Mayor David Oppenheimer. Meetings generally Monday 7:30 PM. Standing Committees created – Finances, Board of Works, Fire Water and Light, Board of Health. This transcript was made in 2014 by Transcribimus volunteer Margaret Sutherland and sponsored

Reports from the Committees established the previous week. Appointment of Council Committee under Mayor Oppenheimer to purchase team of horses for fire engine. Letter from F Munro noting that Keefer has hired Chinese, letter from Keefer explaining. Discussion about precautions

By-law will regulate firing of guns, bonfires within City of Vancouver – January 16, 1888

Bylaw introduced to regulate firing of guns, setting off firecrackers and bonfires. Public library requests donation for the purchase of books. City Solicitor gives opinion that Keefer not guilty of breach of contract by buying gravel from Chinese merchant. Payment

Committee appointed to meet with Richmond Committee regarding constructing bridges from Lulu Island and Sea Island. Map submitted with streets with sewers and plans for additional. Alexander and Oppenheimer recommend street trees be planted. Request to Province for 64 acres

Ald. Brighouse granted three months leave of absence. Map of Foreshore of False Creek submitted. Petition from city officials asking their salary be paid on the first of every month. Report requested for comparison of cost on vitrified or wooden

Two requests to federal government: (1) to build lighthouse at First Narrows (now Lions Gate) because of large increase in vessels, and  (2)  for permission to build Granville Bridge to ultimately connect to North Arm of the Fraser River. This

Cambie Street to be improved south of Hastings – February 13, 1888

City Engineer to call for tenders for improvement of Cambie Street. Citizens ask to relax the by-law about mixing mortar on the street. Fire, Water & Light Committee wants a telephone installed in the fire hall. Chief of Police to

Special Meeting to review the agreement with Claude Gauthier to have a smelting works within the City of Vancouver.

Council to bring to Victoria the Vancouver citizens’ petition to lower property qualifications for both voters and elected officials. 58 men working on the (Stanley) Park Road. Offices of City Solicitor and Police Magistrate divided. Council sent request to the

Five dollar reward to report those dumping on city streets. Approved $20 to man whose team of horses had been destroyed after being infected by glanders. Approval to raise $125,000 by way of debentures for general improvements. Request to provincial

Mr. Pitt asks remuneration for loss of leg through being run over by fire engine. Mr. Abbott [CPR] asked to kindly remove fence on Heatley Avenue and to construct crossing on railway. Numerous calls for tender to improve streets. Bridge

A Special meeting of the City Council to review the loan by-law and determine the rate of taxation for the current year.

Licensing Committee notes that Provincial Legislature is considering liquor issues; these should be left to municipalities. Mr. Abbott of CPR to be notified city has let contract certain improvements. Mr. Abbott to be asked to place a draw in their

Request for Opera House about to be built be exempt from taxation for 20 years. Recommend purchase of six boxes and two gongs as a fire alarm system in the city and purchase of another fire engine. Donation of $200

Efforts to oppose provincial legislation affecting property assessments. Petition to remove stump at the corner of Granville and Robson. Signs to be placed at the False Creek Bridge for vehicles to pass on the left side. Alderman. Oppenheimer to introduce

Order in Council has been passed permitting bridges across False Creek and Coal Harbour. Bank of Montréal to purchase debentures of $150,000. Shows confidence in the future prospects of the city. H Buster to receive license for day and night

The streets inspector to collect from the house owners twenty five cents per building on which a street number has been placed. Ten acres of “The Park” [Stanley Park] placed under control of the Athletic Association.  Introduction of a by-law

Council asks federal government for “some provisions for the defense of Vancouver” – May 28, 1888

The Health Inspector authorized to tear down the old building on the Hospital Lots and that the chain gang be utilized for that purpose. Carried. Alderman Bell-Irving resigns. Communication to H.P. Caron, Minister of Defense in Ottawa asking him to

Joseph Mannion resigns his seat on City Council. Council set aside $800 for building a school house on the south side of False Creek. E.V. Edmonds asked to donate two lots for school. Volunteer Fire Brigade to be given $200

Great number of tenders for road work reviewed and recommended by Board of Works.  Special Engineer to be employed to review plans for bridge across False Creek at Granville Street, surface drains, and laying of water and gas pipes. This

Mr. H. V. Edmonds has agreed to donate to the City of Vancouver for school purposes part of the triangular block… on Ninth Avenue and…Westminster Road (where the Kingsgate Mall is now). $250 set aside to construct immigration sheds. By-election

Every recommendation for opening streets or laying sidewalk or other work shall state the estimated cost of the same and that before any contract is signed such estimate shall be passed upon and reported on by the Finance Committee. Applications

Council considers the question of appointing a medical board, purchasing furniture, medicine and other needs as the hospital nears completion. Mr. A. E. McCartney to be paid $100 for superintending building. C.P.R. patients to be accommodated at City Hospital at

Mr. James Hartney requests reimbursement for goods destroyed in quarantine. Board of School Trustees to meet at City Hall any evening except Mondays. Board of Works received four plans for the Bridge across False Creek which we have referred to

City Engineer…to drain the low lands on Pender Street crossing Howe, Hornby and Granville. City Treasurer instructed not to collect any tax on personal property this year and to repay any tax that he has already collected.

Mr. H. Abbott offered to give a site for Immigrant sheds North of the Company’s Offices on Cordova Street. Many tenders received for sewerage. Contractors will be notified to cover up the Sewer pipe on the lane running between Hastings

Furnishing of the new City Hospital to be completed within fourteen days. Towing and recovery of old floating hospital will cost $3,000.00 This transcript was made in 2018 by Transcribimus volunteer Leesa Poffenroth original handwritten minutes here [page] 62 Vancouver

Communication from John D. Ronald acknowledging receipt of money for Engine No 2. A telephone, a bell and pump to be purchased for the new Fire Hall and sufficient lumber for the erection of water closets, fences etc. Vancouver Cricket

Council allows recreation grounds used by Sell’s Circus without permission for once, but permission will be needed in future. Land budget for school south of False Creek increased to $910 from $500. Budget of $500 set aside to build a

Former Vancouver Mayor M.A. McLean appointed Police Magistrate at a salary of $1,000 per year. City Officials given an annual ten-day holiday. Fri Oct 12, 1888 set aside as Arbour Day, “for the purpose of planting trees and shrubs, and

Doctors Bell-Irving, Langis, Lefevre, McGuigan and Robertson appointed to medical staff for City Hospital. Board of Works has decided to have electric lighting in the new hospital. Request from John H. McMillan et al asking that the Corporation remove the 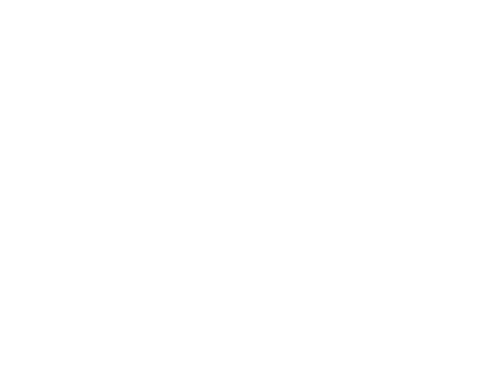 Ward 1’s budget exhausted: instituted separate accounts for each city ward. Work on False Creek Bridge, False Creek School House, and City Hospital continues. Brush, stumps, boulders and debris along the road to (Stanley) park not disposed of according to

Intersections chosen for installation of electric lights and fire hydrants. Contractors agree to have debris along Stanley Park road disposed of by city, and the cost deducted from final payment. Hiring of cook and temporary nurse for new hospital approved.

City hospital informally opened Sept 22 with only one ward operative. Visiting hours Wednesdays and Sundays only between 3:00 and 4:00 pm. Citizens object to council’s “irregular” election of hospital medical staff. James Hartney to be compensated $280 for his

City Engineer must keep a separate contract book for each ward. Police men to report location and date of broken streetlights. City drains to be diverted into culverts being dug by C.P.R to reduce fouling of Burrard Inlet north of

Mayor to inform Dominion Government that city requests and will donate land to establish post office and customs house in a central part of the city. Request to council to re-locate newly built morgue.

Three part-time constables added to police force for the remainder of the year. James Stanford paid $790 for work to date on City Hall.

Dominion Government’s offer of 160 acres in the Hastings Townsite for a Public Park is accepted. Mayor David Oppenheimer granted $50 to establish a Fruit Growers’ Association.

Special meeting to commemorate death of Alderman Humphries; City Hall to be closed the day of his funeral; his desk to be draped for the remainder of the year.

Communication from John Boultbee asking for return of $20.00 worth of opium seized by the police from his client King Fung. Referred to City Solicitor. Sub-committee established to review of Charter of Incorporation. Hotel Vancouver manager claims damages to his

Tenders called for food supplies to city hospital. Mayor may spend up to $125 per month to subsidize steamer service to Nanaimo 3 times per week. Alderman Brighouse to purchase a horse to flush out the sewers regularly. A.E. McCarney

Fire Department may not supply water to private parties – December 28, 1888

Manager of Hotel Vancouver informed that as the fire department is a volunteer one, it cannot be ordered by council to supply water to the hotel. City officials to be paid on Dec 31st. Report of Licensing board referred back

At the end of December, 1888 the “Vancouver Daily World” newspaper published biographies of Mayor-Elect David Oppenheimer and the Aldermen who would form the Council for 1889.

Final reports from the Fire Brigade and the Board of Health were received. Aldermen Coldwell and Clark tendered thanks to Mayor David Oppenheimer for the “phenomenal progress” Vancouver has made under his leadership. This transcript was made in 2015 by