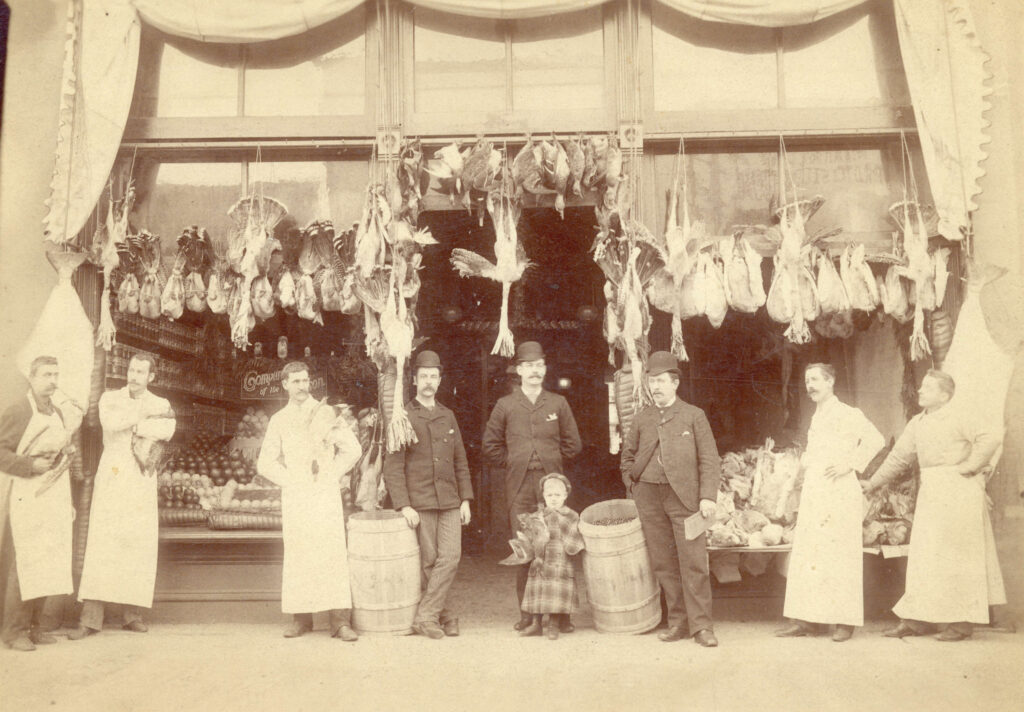 Council appointed a committee to review Consolidated Railway and Light Co’s plan to develop ten acres in Stanley Park in exchange for being allowed to run tracks to the site. They also wrote to several British publications opposing the proposed British Pacific Railway.

The minutes of last meetings were read and adopted.

From J. H. Watson objecting to any privileges being granted to the Consolidated Railway and Light Co in Stanley Park.
Filed

From Messrs Davis, Marshall & MacNeill giving notice of their attention of applying to the courts to quash By Law No 236 and a certain agreement between the City and the Western Electric Light, Heat & Power Co.
Referred to the City Solicitor

From the Chief of Police reporting on the electric lights.
Filed

From the City Solicitor advising the Council to forfeit the $1000 cheque put up by the Western Electric Light, Heat and Power Co and declare their contract cancelled.
Referred to the Light Committee

From the Consolidated Railway and Light Co offering to clear 10 acres in Stanley Park to be used as a free recreation ground and impromptu beach for bathing purposes etc and extend the streetcar service to the beach.
Laid over for motions.

From the City Solicitor stating that the City Council could not help Woodward as they had no power to pass By Laws to regulate trade.
Filed

From E. A. Charters of Sussex, N. B. asking if the City would give a bonus and free site if proper dock was constructed by him in Vancouver.
The City Clerk was instructed to inform him that the Council has no intention of offering a bonus for the construction of a dry dock.

From G. W. DeBeck etal asking for a sidewalk on Quebec Street between 14th & 16th Aves.
Referred to the Board of Works

From Welsh Bros etal asking the Council to consider the extras claimed to be due Purdy & Williams on the reservoir contract.

The following reports were received and read:

The Finance Committee met on Friday March 13th, 1896.
Present: the full Board

From Messrs McPhillips & Williams stating that the Haywood case was settled on the basis arranged by the Council, the fixed costs being $62.54.
Filed

From the Board of Works asking for a further appropriation of $2500.
Granted

From Thos. B. Shoebottom on behalf of Mr Needleman protesting against the assessment of his property.
Filed

From the Foreshore Committee furnishing report upon the application of S. K. Twigge for Foreshore rights on Burrard Inlet and False Creek and Oppenheimer Bros Ltd on False Creek.
Resolved that the report be adapted and forwarded to the Department of Marine and Fisheries Ottawa together with a plan showing the applications.
Sgd J. J. Banfield
Chairman

Moved by Alderman Banfield
Seconded by “ Painter
That the report be adopted.
Carried

The Board of Works met on Thursday March 17th 1896.
Present: the full Board

From S.B. Harris in reference to measurement of property taxed for local improvements on the corner of Cordova & Carrall Streets.
Referred to the Engineer to examine and report.

From petitioners on 6th Ave asking that the 3 plank walk on that street on the north side be replaced by a 6 foot walk.
Laid over pending the estimates.

From the City Accountant stating that the $5000 voted to the Board at the commencement of the year was expended.
Resolved that the Finance Committee be requested to place the sum of $2500 to the credit of the Board pending the estimates.

Resolved that this Board recommends that the lane south of Dupont Street in blocks 14 & 15; Sub 196 be filled into the required level in conjunction with the filling in of the lots

if the owners raise their buildings to the permanent level of the street at the same time.

Moved by Alderman McPhaiden
Seconded by “ Coldwell
That the clause in reference to the filling in of the lane in rear of Dupont Street lots be laid over.
Carried

Moved by Alderman Shaw
Seconded by “ Coldwell
That the report as amended be adopted.
Carried

The Water & Market Committee met on Wednesday March 11th 1896.
Present: the full Board

From the Salvation Army, The Temperance Executive Committee and the B.C. Rowing Club each asking for the Market Hall for one night for entertainments.

It was resolved that the Market Hall cannot be given for free but that the regular price must be charged in all cases.

C.G. Henshaw
Brass Work as per list in Engineers Office $420.

It was resolved that the following tenders be accepted:

It was resolved to open the Market on Thursday April 9th next.

Estimates for the year amounting to $19500 were presented (forman’s salary included in maintenance) and handed to Finance committee.

The Fire and Police Committee met on Thursday March 12th 1896.
Present: the full Board

From Evans, Coleman & Evans asking for 150 feet of second hand rubber hose.
Resolved that they be informed that the City has none to spare.

From the Chief of Police and Officers Purdy and Butler explaining matters in connection with the seizure of certain cigars and for which a reward of $99.25 was paid.
Filed

From the City Solicitor stating that Purdy and Butler were entitled to the reward received from the Inland Revenue department but whether they had to pay it over to the City under any agreement must be left to the decision of the Police Committee.
Resolved that in view of the advice of the City Solicitor that the money remain in the Treasury.

From Wm Ward, Chief of Police asking that Officer Harris salary be increased 15¢ per day and that he be promoted to the rank of Patrol Sergeant.
Laid over to be considered with estimates

From Henry Kirkwood the party who lost £9.10 in the City Hall, stating that if the Chief of Police was called upon to refund the money he would not accept it from him as he

considered he only did his duty in the matter.

From the City Solicitor stating that after learning the evidence taken regarding the loss of the money belonging to Kirkwood, he could not advise that the City should pay the amount.
Resolved that acting under the advice of the City Solicitor we do not consider the City liable for the payment to Kirkwood of the amount lost by him and would refer the question to the full Council for discussion.

From James Morrison applying for a position on the Police Force.
Filed for reference no position being vacant

From J. E. Davis, Portland Thomson Bros, and H. T. Ceperley & Co offering to sell safes to the City. Resolved that the City Clerk be instructed to call for tenders for the furnishing of a safe, the tenders to give the outside and inside measurements in length, depth, and width, the maker’s name, style of combination and when made.

Resolved that the Chief of Police be furnished with a Directory.

Moved by Alderman Shaw
Seconded by “ McPhaiden
That the clause in reference to the reward of $99.25 be laid over until the City Solicitor gives further information on the subject.
Carried

Moved by Alderman Clandenning
Seconded by “ MacDonald
That the report as amended be adopted.
Carried

Moved by Alderman Painter
Seconded by “ Shaw
That the Mayor appoint a Committee to interview the Street & Railway Company regarding the offer for clearing 10 acres in Stanley Park for recreation purposes.
Carried

Moved by Alderman Clandenning
Seconded by “ Bethune
That the City Solicitor write for all the facts in reference to that money paid to the Police Department said communication to be addressed to the Inland Revenue Department.
Carried

That this Council heartily approve the action of the Provincial Government in refusing a grant of $6000000 in bonds in and of the British Pacific Railway as involving the imposition of an insupportable additional burden on the finances of the Province and as likely to lead at a later date to further demands for monetary aid towards proposals that are alike immature and premature.

That a copy of the resolution be forwarded to the Hon. J. H. Turner MPP Premier and Finance Minister of British Columbia. Also that this Council composed of elected municipal representatives of a city which is the centre of the most populous agricultural and industrial district of British Columbia is highly conscious of the great injury which may be done to Provincial interests by inducing outside Capitalists to invest large sums of monetarily profitless enterprises of doubtful present advisability and this Council would emphatically urge

British investors lest otherwise they incur great loss to investigate closely ere they give at their endorsement, the nature and attendant circumstances of the promotion of a scheme known as the British Pacific Railway.

That copies of this resolution be sent with request for publication to the City Editors of the London Times, Standard Daily News, Statist; Economist Financial News World, Truth; Saturday Review and Spectator.
Carried

That the following By-Laws be reconsidered and finally passed:
(1) A By Law to amend the Fire Limits By Law.
(2) A By Law to license and regulate plumbers etc.
(3) A By Law to partly exempt from taxation the improvements and buildings erected on lands within the City.
Carried

These By Laws were accordingly reconsidered.

Since 2012, Transcribimus community volunteers have been the backbone of our work. We have transcribed more than 5,000 handwritten pages of Vancouver's history in order to make it freely available to the students, researchers, and the public. Transcribimus is founded and sponsored by the Global Civic Policy Society.
View All Posts

Documents of Early Vancouver
Contact Us
Scroll to Top